The pagan festival of Ēostre has arrived in the Chambers household again. Obviously everyone else is celebrating Easter but Craig recently described Christianity as "The Women's Institute with men and a 'sky pixie'", so we try not to be hypocritical.
First event to come, was the Riverside Easter bonnet competition. I am not a competitive person and am easily discouraged so I had adopted the belief that it is just about Freya wearing a silly hat. Good job really, as we didn't place again this year despite much effort, hobbycraft gubbins and PVA glue... damn. 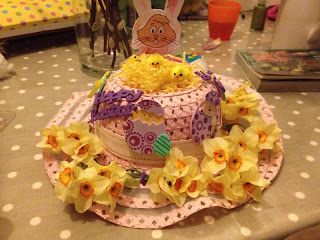 I got my Easter decorations out, minus the chick topped Kilner jar full of mini eggs which was an over eaters worst nightmare. The house has been such a state recently that the Easter egg tree was a bit like putting glitter on a turd but I'm hoping the kids are too young to realise the place is a mess.
I actually worked on Easter Sunday. The original plan was to do an Easter egg hunt on Saturday but Freya had pushed our buttons pissing about at bedtime and we'd phoned the Easter Bunny to cancel (we have him on speed dial apparently)- they tell you not to do that but I challenge any parent avoid it. You step away from the situation thinking..."shit, how can we reverse that decision without looking weak?" We phoned him back after a better day's behaviour and rescheduled, fortunately for us he was free. 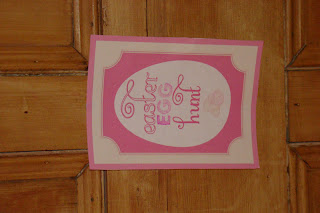 The weather was dreadful, so bleary eyed, I got up at six am  to print out a sign, do some research and hide little eggs around their playroom. We had 'hidden' eggs for Freya last year but when I checked out others online, they seemed to go for a high volume of eggs in plain sight which I thought was nicer. The effect was as if the Easter Bunny had exploded and left it as a bad job. 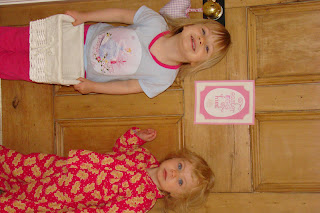 Freya looks so much like her dad in this photo with the old sideways smile. 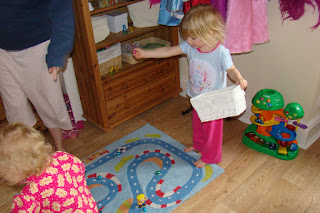 If you look hard enough, you can see little eggs on the rug. 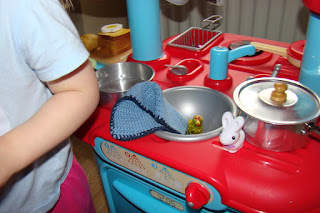 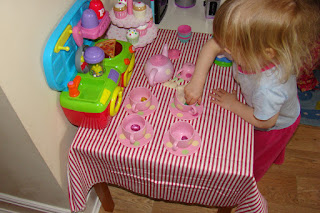 We had to suggest to Freya that she made mummy and daddy a cuppa to get her to discover the eggs in the tea set. 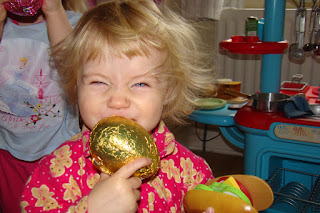 Edie, pleased with her 'end of level baddie' egg. 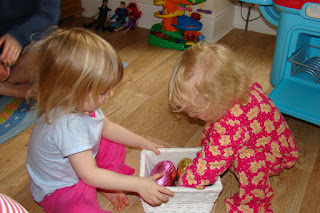 The final haul in the basket. They have been so lucky, getting personalised eggs from Aunty Fran, Aunty Sally, easter bunnies in baskets from Aunty Becky and these super sweet knitted egg cosies from my handmade guru Emily. 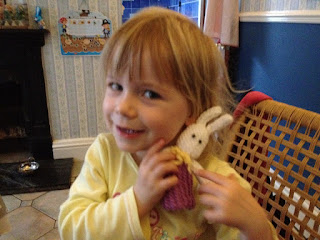 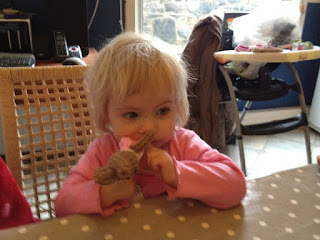 And I have eaten my weight in Cadburys Creme Eggs as usual. Happy Ēostre! 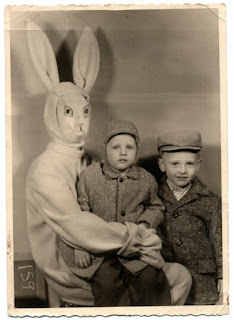