It's that time in a young girl's life when she must start to experiment with food. We have decided to wean Edie 'early' i.e. 17 weeks, because she's ravenous. She has been such a peach sleeping through from New Year, but this means that she only manages to fit in four feeds per day. She has gradually drunk more and more and we reached a ceiling where she was taking four lots of eight ounces and waking up in the morning.. oh no no no. That will never do.

Health visitors advise not to wean babies until they are six months but Edie quite eloquently communicates her need to eat something more substantial. I won't tell them if you don't. I tend to take their advice with a pinch of salt otherwise I would have given up drinking during pregnancy and had my baby with me at all times for the first 12 months... and they wonder why one in three marriages ends in divorce.  A little of what you fancy does you good, children should not been seen or heard after 7pm and if the girl is hungry... 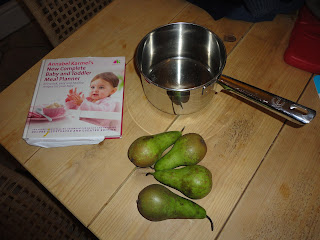 Out comes good old Annabel Karmel, not that it is too hard to steam pears. She has some great recipes after the 'first tastes' have been accepted. 'Going Bananas' was  always a firm favourite of mine... bananas cooked in butter mixed with fresh orange juice, umm. It is a lot nicer than it sounds. 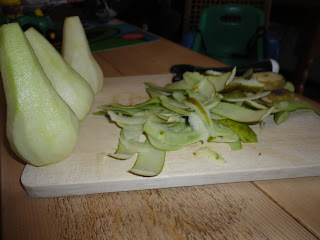 The bumbo has been dusted off. What a fabulous design for a chair, basically, a butt mold. 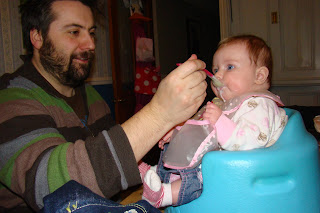 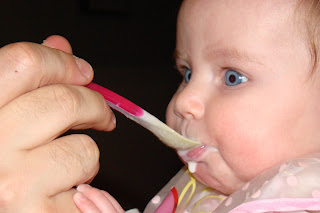 Ah jealousy. I had left the room for five minutes and returned to find Freya sitting in the 'high chair', having finished Edie's baby rice off a rubber spoon.  Kind of glad that we hadn't started potty training yet if regression is the name of the game this week. 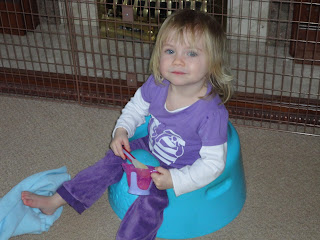