If only I hadn't thrown that sheep...

My mum described my eyes as looking like black eyed peas last night and so offered to take Freya overnight to give me a lie-in. I managed to sleep a bit later than usual but have awoken to the million things buzzing around my head. So, I decided to get up to make a master list (time management for manic mums-good book). I am listening to Norah Jones with a drink of tea and the house is quiet, just like the days before Freya. I feel like all the little jobs need to be done before the new baby arrives, which is nesting I suppose. Some stuff is more important than others i.e. pack hospital bag over painting the shed. Of course, I will need to get Craig on board to help me achieve all this in the next 7 weeks. Oh well least the kids rooms are done.

We went out for a lovely meal last night at MJ's, which is a trendy restaurant attached the Whitehall country house hotel. We hadn't planned on going out for a meal but mum was babysitting and there was bugger all on at the pictures. After several hours of procrastinating about plans, that is what we booked. It nearly didn't happen after a large row following Craig throwing a toy sheep, a beer bottle falling out of the fridge and smashing and me paddling round in broken glass and beer. We pulled it together after I had shouted that I was tired of cleaning this crappy house and being 7 months pregnant and threw myself in the bath to wash the beer off. 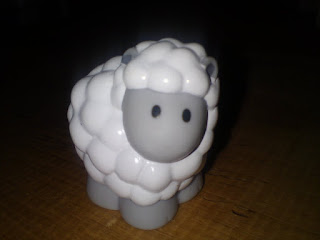 When we were sat in the restaurant bar with a couple of glasses of wine Craig remarked 'If only I hadn't thrown that sheep...' which to anyone listening wouldn't have made a great deal of sense. I indulged in a couple of naughty pleasures namely a glass of white wine and some chicken liver pate. They were both fabulous and worth it...sorry kid. I had eaten so much by the end that I felt unwell- don't know if my stomach and baby were compressing my aorta (a little knowledge eh) but was aware of my bounding pulse and being quite short of breath. It wouldn't have taken too much to make me pass out. Poor Craig had to neck his wine which incidentally was just a Rioja and not a Crainza as he had paid for. I am sure there's a post comment coming about the difference!

It was good to go out. I am spending my days in what feels like unattractive clothes and my bump is hanging out of the bottom of most of my tops. I don't have time to do beauty tasks- so my nails are horrible, I have a furry mono-brow and things south of the border have taken on a distinctly 1970's look. Anyway, in honour of going out, I sorted all these problems out and am now typing with the most fabulous black nails.

My time management for mums book does say to 'outsource' so I may book some mobile beauty appointments in the next few weeks. Mum had this woman 'Lisa' come round to her house to do a manicure which turned out really well. So I will have to book a pedicure from her, it's only seven pounds or so. Doing my own toes would be impossible at this point, bending in the middle feels like being at work with scissors in your pocket and you dive pick something up and immediate dull pain ensues. Maybe that's something that only nurses do?
Posted by Herding Cats at 08:09